This last week of Waco Pedal Tours was a blast. Thank you to everyone for the amazing support so far. We only have 6 more days until our soft opening is complete – and man have we learned a ton.

How this whole thing came to be

Less than a month ago, myself (Jake Cockerill) and Cory Dickman were at a local 1 Million Cups event when we were inspired with the idea to purchase a 14-person bicycle beauty. After a quick conversation with Nathan Sloan at TFNB, Your Bank For Life, we realized this wild dream could become a reality.

We found the bike on Craigslist (where else?) and managed to get the bike to Waco just in time for a December soft launch. Once we secured purchasing the bike, we quickly got together everything else—we officially LLC’d (accidentally as Waco Peddle Tours… whoops, but we got it fixed), we purchased and built out our website (thanks WP Waco) and managed to find someone bold enough to insure our bike (thanks Everett Phipps at Insurers of Texas). 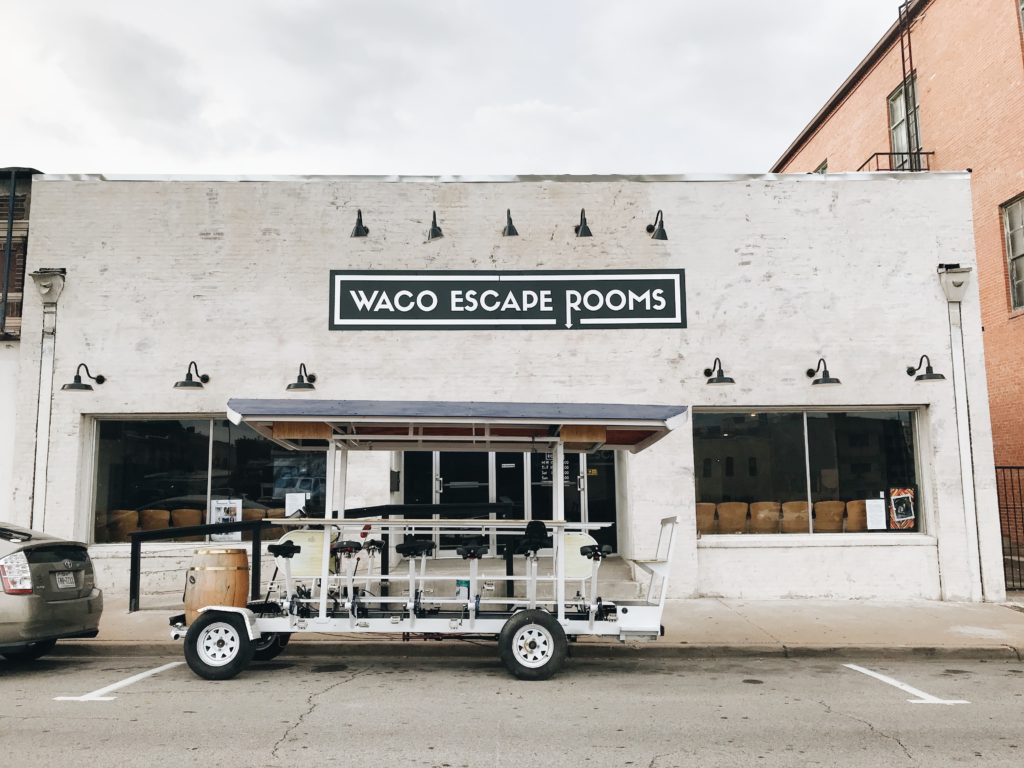 The bike arrived on November 21st in all of its glory in front of the Waco Escape Rooms. After a quick handshake and an overview of the bike, we knew we had struck gold but we also knew we had some serious work to do.

Getting ready for the soft launch

Now that we had the bike, our focus switched to getting everything ready to launch by Dec. 1st. We had a quick meeting between all of the founders- Cory, myself, and the magic man behind it all aka Captain Danny, to discuss what all needed to be done. To add to the hecticness of our already quickly depleting time clock, Cory was leaving town to go stand up another Escape Rooms in Washington state immediately after our meeting (he returns Sunday, we’re pumped).

Over the next week, we quickly pumped out everything we could. We started running promotions on social media, identifying and integrating booking softwares, and planning the route for our upcoming tour. To our surprise, even without signage, the bike attracted a lot of attention. We even were reached out to by the Waco Tribune asking about the bike. We ended up getting an awesome article written and a video published by them which got almost 7,000 views – and for a startup, exposure is gold.

With Cory now gone up to Washington State ’til late December, Danny and I were on our own, minus my wonderful wife who also happens to be a marketing guru (which helps us aesthetically challenged individuals). Then, early in the week, Cyd and I learned extremely sad news about her uncle’s sudden passing and quickly needed to leave for a long road trip up to Wyoming in order to attend the funeral.This meant, Danny was on his own for our opening weekend. 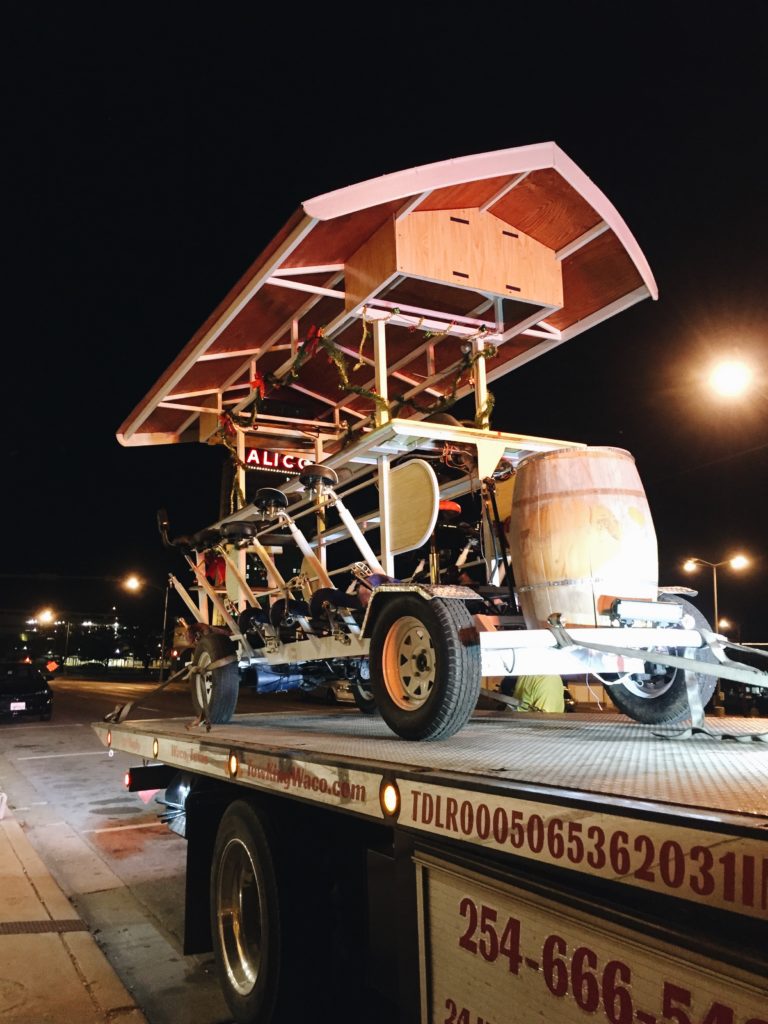 As we scatteredly prepared the launch of our business from various states across the US, Danny prepared the bike and the tour. The day before our official opening, Danny took out the bike for a spin to raise downtowner’s eyebrows as well as to finalize his route. As he was driving past Silos (I mean seriously, why did it have to happen here..) the bike broke down. Luckily, Danny had a friend near by and was able to get it towed, diagnosed and fixed all in time for our launch the next day.

As our opening day rolled around, Cory sat up in Washington State trying to juggle the opening of two businesses simultaneously, I sat in the back of a truck going across West Texas and New Mexico (both very well known for their wonderfully inconsistent internet service..) and Danny frantically ran around getting everything ready for our first tour.

Even with all the road blocks, we managed to kick everything off without any major hiccups! We went live with the tours on Wednesday and after around 30 minutes, the bookings started to come in. We all quickly breathed a sigh of relief and then began focusing on making sure everyone had a great experience. We completed the playlists, picked up the hot chocolate, decorated the bike with Christmas garland and goodies, and purchased everyone a Santa or elf hat to wear while riding.

Us in the Waco Wonderland Parade!

Friday night we got plenty of exposure while riding around the opening of Waco Wonderland and the numerous First Friday attendees. Saturday morning, we were selected to be in the Waco Wonderland parade, and then Saturday night, we were able to drive past the Christmas at the Silos as they happened. Quite a busy weekend.

Wrapping it all up

Now here we are, one week old. Cyd and I got back Sunday night, Danny survived opening weekend, and Cory will be back this upcoming Sunday. We are headed into our second and final weekend of our soft opening tours and we’ve learned a ton. While Danny was on his own, he managed to replace the bar top on our bike, he re-stained our barrel on the front, hung some new lighting inside the bike, and our new bike seats came in the mail.

We also learned the definite need for cup holders, places for people to store their purses, bags, jackets and/or drinks, and that we definitely need some signage. But that is all to come! Over the next two weeks before our official launch in January, we will be hard at work pushing through all of our necessary updates on the bike, the development of a new brand and signage, as well as creating and fine tuning new tours for the 2018 calendar year. OH! And we just kicked off gift cards on our website too for anyone wanting to give our tours away as a gift this Christmas.

All that being said, this startup so far has been a blast. Thank you to everyone that has supported us by coming on a tour, signing up for our email list, or simply following along on social media. You’re all the best and we can’t thank you enough. We are excited for what the next year holds so make sure you stay tuned for everything to come and make sure you come out for a tour and/or tell your friends about us!